Legacies Season 2 was cut short because of COVID-19, so the latest episode was considered to be the finale of the season. However, it’s confirmed Season 3 will premier next year in January. At the end of Season 2, we saw Hope was still stuck in the sleeping spell. The only thing that can kill Landon, Golden Arrow, he got stabbed with it. He didn’t resurrect either, so he could be dead but it’s highly unlikely the case. A tribute to TVD and TO was going to happen in a musical episode of Legacies Season 3, which also didn’t happen in Season 2 because of COVID-19.
There is also the potential for additional characters from The Vampire Diaries and The Originals, such as Bonnie (Kat Graham), Caroline (Candice King) or even Hope’s mom, Hayley Marshall (Phoebe Tonkin), to make an appearance on Legacies — although producers maintain that any such storyline would have to make sense in the context of the larger narrative arc. _CBR

And it begins....... thank you to everyone who helped us get to the first shot of the new season. #fuckcovid #legsciesseason3

The cast is moved in houses/trailers without getting outside of the city and cutting contacts low hence some cast members had to get some houses in the city they shoot.But yes they test them and take precautions while doing what i said above so no cast will get back to their family members or friends while shooting the season.
Credit: thepanthertech.
Tweet 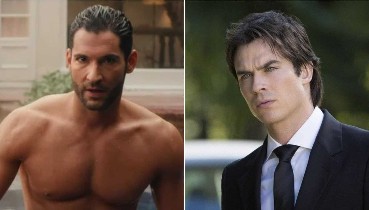